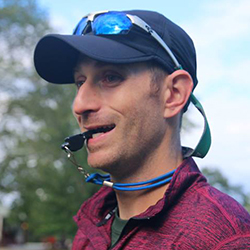 Scott J. Beigel was a teacher and a cross-country coach at Marjory Stoneman Douglas High School, but he was much more than that to his community. He was a friend, a mentor, a cousin, and a son. Every year, Scott was a counselor and staff member at his beloved summer camp, a camp he attended from the age of seven. Being a mentor to the youth in his community and his camp was his greatest passion in life. The summer of 2018 would have marked Scott’s 29th consecutive summer at camp.

Scott was one of the 17 students and teachers killed in a mass shooting in Parkland, Florida. He sacrificed his life by unlocking the door to his classroom to provide a safe haven for his students as they fled the active shooter. His incomplete life as a teacher and mentor is represented by the whistle and clipboard he was often seen carrying on campus.